A coal winter ahead: 4 risks for Poland’s air and people

Joanna Sawicka, Senior Analyst for Political Affairs at Polityka Insight
In Poland, more than 46,000 people die prematurely due to poor air quality each year. As temperatures drop below zero, the widespread use of coal to heat homes significantly contributes to the country's dirty air.
Share content:Share on FacebookShare on TwitterShare on LinkedIn

In mid-November, the air temperature in Poland approached zero and immediately air quality sensors began to indicate an unacceptable level of pollution. As usual, the worst situation is in the southern part of the country, but smog occurs everywhere.

Air quality in Poland has been worse than in other European countries for years. This is mainly due to the historical dependence on coal and its use as the most popular source of heat in households. 78% of PM2.5 pollution comes from residential combustion of fossil fuels. And there are four worrying trends exacerbating Poland’s dirty air problem.

Currently, according to the recently prepared Central Register of Emissions of Buildings, there are 2.2 million of the most polluting coal stoves in Poland. This year will probably be even worse for dirty air, because the government is relaxing anti-smog regulations to make it easier for citizens to access heat.

On September 3, during a meeting with voters in one of the most polluted Polish cities, Nowy Targ, the leader of the ruling party, Jarosław Kaczyński, said that “everything except tires must be burned in the furnaces, because Poland must be heated”. At the same time, the government suspended quality standards for solid fuels used in households for two years, and introduced is allowing the possibility of using lignite coal. This type of coal has a low heating value and high humidity, which has a very bad effect on air quality.

For the government, the most important thing is that people do not freeze in the winter. For this purpose, they import coal from abroad, even that of very low quality, to supply households.

Anti-smog regulations are also being relaxed at the local level. In September, the authorities of the Małopolskie Voivodship introduced regulations delaying the deadline for replacing the most emissive furnaces in the region by a year and a half. In November, the councilors of the Łódź Voivodeship did the same.

The changes were voted by the ruling party PiS and the opposition party PSL, as coal stoves are the main source of heat for people living in small towns. Many of these people can’t afford to replace their stoves, especially with the uncertainty associated with the rising prices of energy sources – coal furnaces can be used with anything, including very cheap and often harmful materials.

Apathy across the political spectrum

Despite over 40,000 people dying every year in Poland due to dirty air, politicians do not treat this topic seriously. Not enough people in government care about air quality. One of the people interested in the subject seems to be Paweł Mirowski, the prime minister’s plenipotentiary for the Clean Air programme (a government subsidy programme for the replacement of heat sources and thermos-modernization).

The issue of smog is not  prominent in the opposition’s political messaging either. Opposition parties are strongly focused on the energy crisis, energy transformation, the development of renewable energy sources  and the fight against high energy prices. But air quality is not part of this debate.

There is a widespread perception that the topic is dangerous or sensitive. Politicians are concerned that persuading voters to replace old stoves in the current economic and energy crisis will be met with reluctance as they look ahead to the upcoming parliamentary elections next autumn.

Local government officials are trying to fight smog by continuing the implementation of local programmes subsidizing the replacement of furnaces. But many residents are more cautious than before about investing in the replacement of heat sources.

There are many indications that some Polish people actually decided to burn whatever they could in their old stoves. Companies specialising in the collection of waste report that recently there is less and less garbage, and above all, those that can be burned in furnaces disappear.

Winter has not started yet, but it is already known that in terms of air quality, it will be bad. And the fight against smog will be more difficult than before for clean air activists. But is also possible that the situation will get so bad that central politicians will finally have to deal with it.

Most Polish people are ready to give up using coal stoves, according to research by More in Common. But many don’t have enough money to invest in replacing this heat source. A large group of people don’t want to give up coal, because the central authority offers additional money for people using coal stoves. Poland needs an effective and consistent anti-smog policy at the national level, which means providing real support to people to replace the oldest and ‘classless’ stoves. The state must also reward those who decide to invest in more ecological heat sources, instead of granting cash bonuses to people using coal stoves. In addition, investments are needed to improve the energy efficiency of buildings. The National Clean Air Programme is currently being revised to help address this gap.

Local governments at the level of the voivodship (or regional government) must ensure that anti-smog resolutions are not being loosened any further. At the municipal level, local politicians have to continue replacing furnaces and investing in thermal modernization, while educating citizens about the harm caused by dirty air. 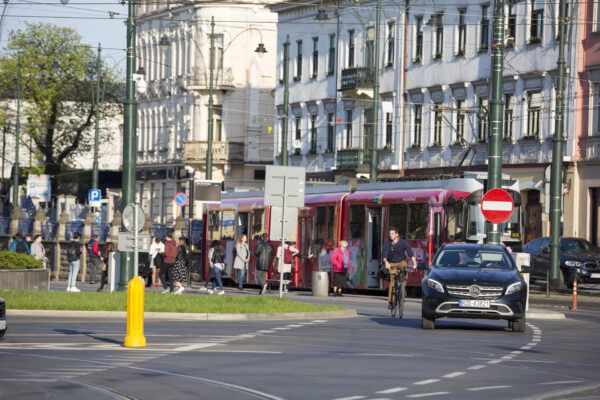 The City of Krakow announces the introduction of a low emission zone (LEZ) in 2024 to improve air quality for over 800,000 people.
Find out more 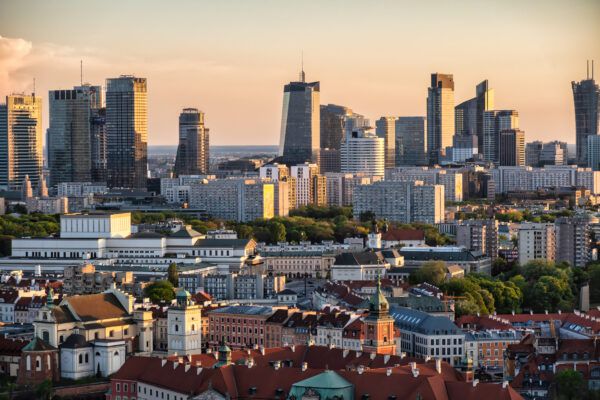