But gathering the data was only the first part of the project. The second was to translate this evidence into action and deliver policy change that improved air quality in the UK’s capital.

Campaigners told us that data and funding were useful, but what they really needed to achieve their goals was support with developing policy asks, based on evidence. And that’s where the EDF team was able to help.

As Clean Air Fund’s project manager for this phase of the Breathe London project, I had the privilege of watching the campaign grow from concept to deployment. All credit goes to the grassroots campaigners and strategists who made it happen, but here are seven tips we gleaned from this successful campaign.

Having a clear moment in time, and political event to focus around, is crucial to any effective campaign. The main moment of the Breathe London campaign was London’s mayoral elections in May 2021. Coming a year after COVID-19 had first hit, the election provided an ideal opportunity to focus attention on the health effects of air pollution and demand stronger clean air policies from the mayoral candidates.

Next – and this sounds obvious – but you need to know exactly what you’re trying to achieve and who to engage with. Having clear messages, as well as audiences and channels, makes it easier to be  focused and strategic in your approach. You don’t want to spend time and resource on raising awareness that doesn’t translate into action.

In the case of Breathe London, the aim was to make tackling air pollution a policy issue that the mayoral candidates would speak to and compete on. So the campaign focused on three tasks: first making public demand for clean air visible, second proposing clean air policies that would have impact, and third encouraging the mayoral candidates to adopt those policies in their manifestos. This strategy informed all decisions along the way, and enabled the team to use limited resources with real efficiency.

Knowing what change you’re asking for is crucial and ensuring that change is within the gift of the decisionmaker you’re targeting. For Breathe London, there were three clear policy asks backed up with data, all of which were directly under the mayor’s control:

London is a huge city and the team at EDFE had limited resource. So they worked with the communications agency group, Purpose, to identify priority locations to focus the campaign.

EDFE scrutinized maps of air pollution and maps showing where the mayoral election would be most tightly fought. Whitechapel, Putney and Kingston were identified. All three areas had high levels of air pollution, as well as high numbers of swing voters, meaning they were likely to attract lots of political and media attention during the election campaign.

The Breathe London team realised they needed trusted local spokespeople to front the campaign. They formed partnerships with Choked Up and Mums for Lungs, and worked with them to deliver the interventions and undertake media work. The insight, passion and commitment demonstrated by the small teams behind these organisations was awesome to witness, and they were, without a doubt, the stars of the show.

Each area had its own intervention. In Whitechapel, ChokedUp revealed a series of mocked-up street signs highlighting the dangers of air pollution in multiple languages, to ensure the stunt could be understood by all sections of the community. In Putney, giant lungs posters were deployed to emphasise the levels of air pollution that local residents were exposed to on a daily basis. And in Kingston, eye catching pavement stencils next to bus stops were used to highlight areas of high air pollution. The interventions caught the attention of local residents and businesses, as well as local media and politicians.

The interventions were visually arresting and aroused high levels of media coverage. It therefore wasn’t surprising that the team from Choked Up were invited onto BBC London TV to ask questions about air pollution direct to the candidates.

The stunts and resulting media coverage were shared and amplified via a wide-reaching social media campaign, using the hashtag #Mayor4CleanAir. Lastly, an online hustings, delivered in partnership with ClientEarth, provided a platform for the candidates and their representatives to set out their plans for cleaning London’s air, and hear from the audiences about their concerns.

The local campaign activities and the publication of air pollution data resulted in over 30 air pollution stories across TV, print and online media, reaching approximately 107 million people. All of the mayoral candidates committed to clean air action in their manifestos.

On election night, the BBC reported that air pollution was number four on the ‘to do’ list of the incoming mayor. After being returned to office, the Mayor of London, Sadiq Khan, acted on all three of the coalition’s asks. Find out more about the campaign. 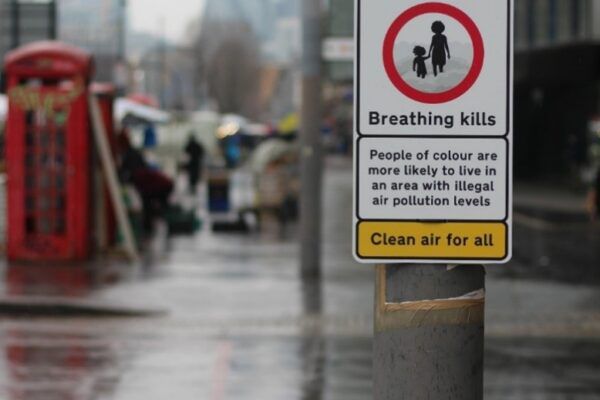 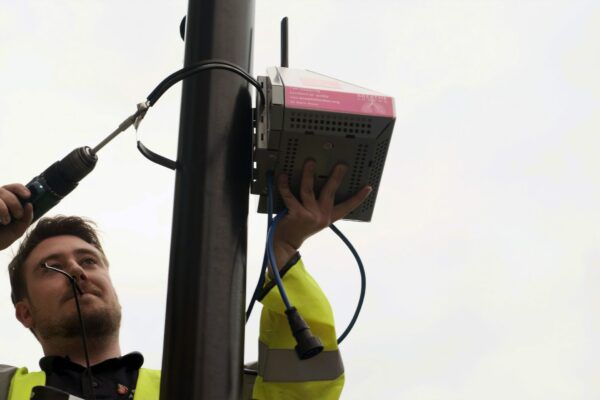 You can’t manage what you don’t measure - this principle drives the work we support to tackle London’s air quality crisis.
Find out more